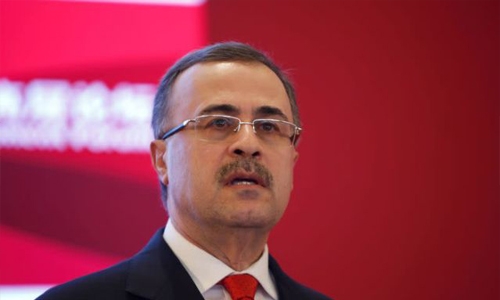 Saudi Aramco will set strict business criteria for ventures it backs under a new private partnership initiative to help diversify the kingdom’s oil-reliant economy and was not being pushed into projects by the state, the CEO said.

His comments in an interview on Wednesday came a day after Saudi Crown Prince Mohammed bin Salman announced the new Shareek (Partner) initiative, in which the state-controlled oil giant and petrochemical firm SABIC would lead private sector investments worth 5 trillion riyals ($1.3 trillion) by 2030.

The new programme is part of efforts to mobilise private investment in the world’s biggest oil exporter, helping the kingdom diversify away from crude sales that still generate more than half the state’s income.

“You can look at Shareek as a catalyst in making Saudi Arabia even more compelling as an investment destination for both local and foreign investors,” Aramco Chief Executive Amin Nasser told Reuters.

The government has not spelled out how the programme will work in detail, but Nasser said private companies would seek incentives from the government - whether infrastructure, fiscal or regulatory support - and Aramco would determine whether to back a project as a partner.

“This is a voluntary programme. It’s on the private sector to bring these projects, to ask for incentives,” he said.

He promised Aramco’s shareholders, who include a small minority of private investors since the company began trading on the stock exchange in December 2019, that the firm would set prudent capital allocation and cost criteria.

But Nasser said it was too early to say how the new programme would affect Aramco’s dividend and investment plans.

The crown prince said the government had asked the biggest firm’s participating in the programme to lower their dividends to raise capital spending, although he said dividends for those owning shares in Aramco would remain stable.

The new programme has raised some investor concerns that Aramco might start building stadiums or launch other infrastructure projects unrelated to its energy business, mirroring its activities in earlier years of Saudi Arabia’s oil boom.

But Nasser said the government, which still owns 98% of the company since its initial public offering, was not pushing Aramco to take part in specific projects.

“There is nothing about the government asking for this or that,” he said when asked if Aramco was shifting towards becoming more of a conglomerate than an energy-focused business.

He said the programme would allow Aramco to improve its supply chains and the profitability of some of its energy projects, which in turn would make it more attractive for Aramco’s international partners to invest in the kingdom.

“We will bring each project as a unique case, and I’m sure like other companies we will have specific details that will be discussed with the committee in charge of granting these incentives,” he said.