India exits recession with 0.4% growth, but ‘not out of woods’ | THE DAILY TRIBUNE | KINGDOM OF BAHRAIN 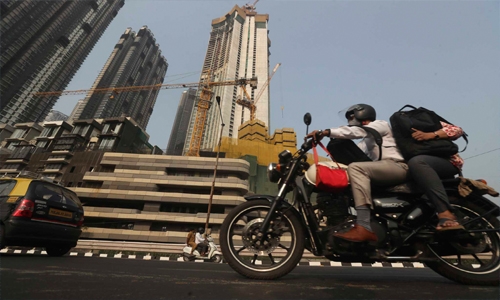 India’s economy grew 0.4 per cent year-on-year in the final quarter of 2020, official data showed on Friday, ending its first recession since independence as easing coronavirus restrictions sparked a modest recovery.

The country has struggled to claw back lost ground after a stringent, months-long lockdown caused the labour market to collapse and the economy to contract by nearly a quarter between April and June.

India entered a “technical recession” last year for the first time since gaining independence in 1947 after registering two successive quarters of contraction. The government now estimates annual GDP will fall eight per cent in 2020-21.

Key sectors such as construction and manufacturing showed an improvement compared to the same quarter last year, Friday’s data revealed.

And in January car sales in the bellwether automobile sector increased by more than 11 per cent compared to a year earlier, according to industry figures. Restrictions have been relaxed as coronavirus infections have slowed in the country of 1.3 billion in recent weeks, allowing economic activity to resume.

But the government still faces the tough task of creating enough jobs for India’s overwhelmingly young population, as millions of migrant workers make their way back to cities, reversing a massive exodus sparked by the lockdown.

“We can’t say we are completely out of the woods,” Mumbai-based economist Ashutosh Datar told AFP.

“The real test would be what happens next financial year. [Friday’s] number is not a major surprise,” he said.

The government has forecast economic growth of 11 per cent in the 2021-22 financial year, in line with the International Monetary Fund’s prediction of 11.5 per cent.

But experts have warned that India, whose tally of 11.1 million infections is second only to the United States, could experience another wave and be hit by new variants of the virus, as has happened in Brazil, Britain and South Africa.

New Delhi is hoping that the economy will get a further boost from a massive vaccination drive that kicked off last month but which is already running behind schedule.