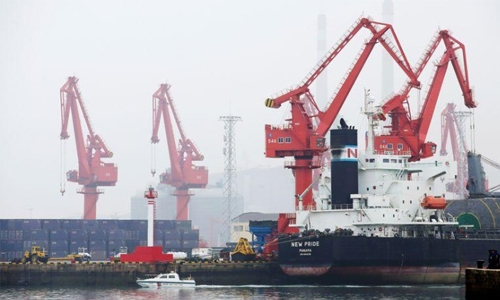 Oil prices rose about 1% on Monday as optimism around US stimulus plans and some supply concerns boosted futures, but demand worries prompted by coronavirus lockdowns limited gains.

Officials in US President Joe Biden’s administration on a Sunday call with Republican and Democratic lawmakers tried to head off Republican concerns that his $1.9 trillion pandemic relief proposal was too expensive.

“Newly inaugurated President Biden seems to be pushing for a quick approval of his proposed $1.9 trillion pandemic relief package, a development interpreted by the market as a clear indication that the new U.S. administration aims to kick-start an economic recovery, which will naturally benefit fuel consumption,” said Bjornar Tonhaugen, Rystad Energy’s head of oil markets.

On the supply side, the Organization of the Petroleum Exporting Countries and its allies’ compliance with pledged oil output curbs is averaging 85% so far in January, tanker tracker Petro-Logistics said on Monday. The data suggest the group had improved its adherence to pledged supply curbs.

In Indonesia, the country said its coast guard seized an Iranian-flagged tanker over suspected illegal fuel transfers, raising the prospect of more tensions in the oil-exporting Gulf.

Output from Kazakhstan’s giant Tengiz field was disrupted by a power outage on January 17.

Meanwhile, European nations have imposed tough restrictions to halt the spread of the virus, while China reported a rise in new COVID-19 cases, casting a pall over demand prospects in the world’s largest energy consumer.