Award for productive families, PPE kits for Tatweer and shoes for Gulf Air | THE DAILY TRIBUNE | KINGDOM OF BAHRAIN 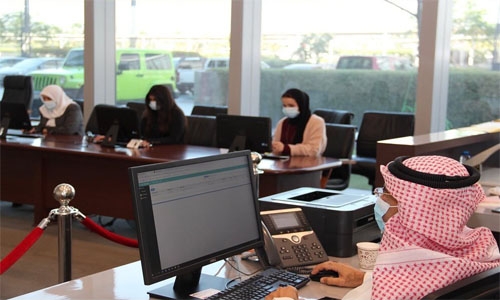 Preparations are ongoing for the Her Royal Highness Princess Sabeeka bint Ibrahim Al Khalifa Award to encourage productive families. A tender for organising the award ceremony was opened recently by the Tender Board.

Seven companies are vying for the contract offered by the Ministry of Labour and Social Development.

Future Exhibitions & Conferences emerged as the lowest bidder and Orange Media Group OMG the highest. The award is held annually at the local level and biennially at the Arab level. No confirmation is available on the date of the award ceremony.

According to a BNA report, the labour and Social Development Ministry earlier announced extending the deadline to receive applications for the award, amid the coronavirus pandemic.

The new development came as the Tender Board, the independent regulatory body charged with overseeing government bidding opened 77 bids received for 15 tenders by eight administrative bodies in the Kingdom. The board also opened another tender by the Labour Ministry. It was for procuring consultancy and research services and received two bids.

The committee then opened a tender by the Ministry of Information Affairs for replacing a Vision Mixer Production Switcher Console System at its news centre.

Almoayyed Electrical & Instrumentation Systems’ BHD 29,033.760 emerged as the lowest of the three bids.

In the aviation sector, the committee opened two tenders for Gulf Air.