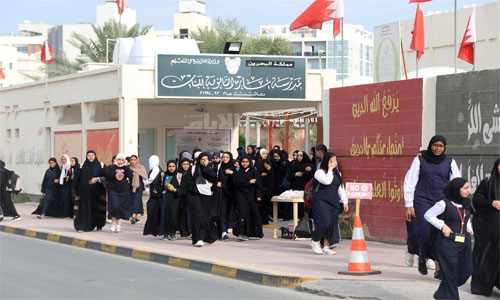 Bahraini students came out with flying colours in the Arabic Calligraphy competition organised by the Arab Bureau of Education for the Gulf States.

They beat 60 students from various Arab states to grab the titles.    Overall, five students from Bahraini schools took part in the competition.

Preparations were under the supervision of the Student Services Department at the Ministry of Education.

Students were prepared for the competition by specialists in the field through a virtual platform.

This competition comes within the framework of the cultural and media activities and programmes organised by the Arab Bureau of Education for the Gulf States.

The event aims at developing interest in Arabic calligraphy which is one of the aspects of Arab identity - and preserve its artistic aesthetics, ancient past, and writing techniques.