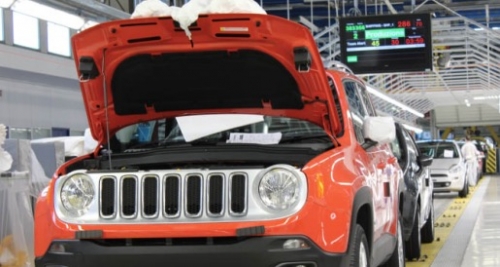 Italy is close to unveiling the approval of guarantees for a 6.3 billion euro ($7 billion) financing of Fiat Chrysler (FCA), two sources familiar with the matter said, paving the way for the largest crisis loan for a European carmaker.

FCA’s Italian division has tapped Rome’s COVID-19 emergency financing schemes to secure a state-backed, three-year facility to support the group’s operations in the country as well as Italy’s car sector, in which about 10,000 businesses operate.

The loan would be disbursed by Italy’s biggest retail bank Intesa Sanpaolo, which has already authorised it pending the approval of guarantees the government will provide on 80% of the sum through export credit agency SACE. The two sources said the government would soon unveil its green light, following work to finalise the terms.

FCA and Italy’s Treasury declined to comment. Il Sole 24 Ore daily said on Sunday that the final terms of the FCA loan included a slight increase in the company’s planned investments in Italy to 5.2 billion euros from 5 billion. Crisis loans in Italy are subject to a number of conditions, including a temporary dividend suspension.

The newspaper said, however, that the conditions would allow FCA’s Dutch holding company to pay a 5.5 billion euro extraordinary dividend to shareholders once the carmaker’s planned merger with France’s PSA goes through.

The extraordinary dividend has been a focal point of discussions in Italy about the large state-backed loan. Il Sole said the freeze on dividends, which applies until Dec. 31, 2020, could be extended for the duration of FCA’s loan if it is responsible for any delays in industrial projects which are part of its commitments.