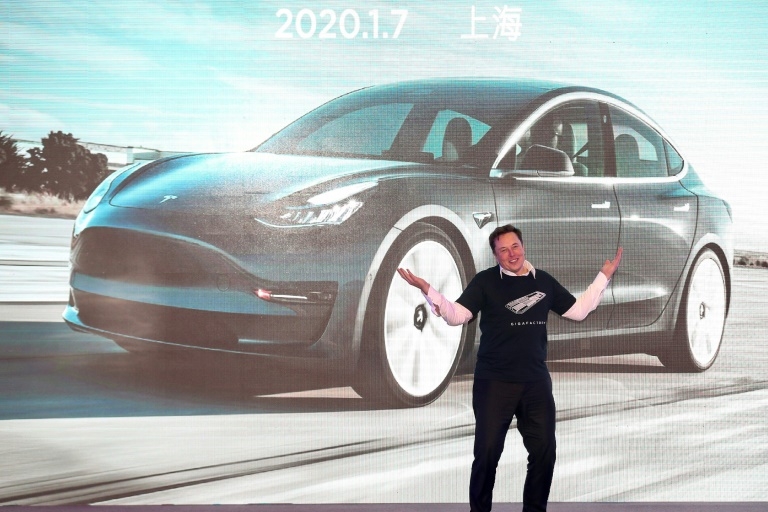 Tesla’s market value hit $100 billion for the first time yesterday, triggering a payout plan that could be worth billions for Elon Musk, founder and chief of the electric carmaker.

Shares in Tesla rose some 4.8 per cent in opening trade to extend the gains in the value of the fast-growing maker of electric vehicles.

Under a compensation plan approved by Telsa’s board in 2018, Musk is to be paid in stock awards based on the value of the company, which could be worth as much as $50bn if Tesla reaches $650bn.

Musk agreed to the plan, which would pay him nothing until Tesla’s value reached $100bn.

The package, using shares which “vest” based on certain criteria, gives Musk stock worth around one percent of the company for each of 12 milestones over a 10-year period.

For achieving the first milestone, Musk will get shares worth $346 million if Tesla shares hold above $100bn over six months, based on the formula.

In announcing the plan in March 2018, the company said Musk “would receive no guaranteed compensation of any kind -- no salary, no cash bonuses, and no equity that vests simply by the passage of time” without the rise in value.

That is a fraction of the 10 million sold by leading global automakers Toyota and Volkswagen, but investors have pushed up Tesla’s value in the expectation that it is changing the industry.

Tesla has begun manufacturing in China and has announced a new plant in Germany that could start production by 2021.

The Tesla Model 3 electric car is designed to be more affordable than its earlier models -- around half the cost of the $70,000 models -- and is fueling expectations of stronger growth.

“In our opinion, the company has the most impressive product roadmap out of any technology/ auto vendor around (which the market cap reflects vs. its traditional auto competitors) and will be a ‘game changing’ driving force for the EV (electric vehicle) transformation over the next decade with Model 3 front and center,” Ives said.