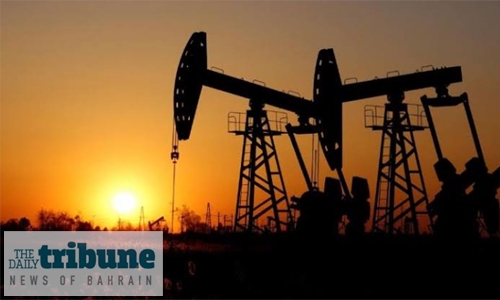 Oil prices jumped nearly $2 a barrel and gold, the yen and safe-haven bonds surged yesterday, after a US air strike killed a top Iranian commander in Iraq, ratcheting up tensions between the two powers. Traders were clearly spooked after the death of Iranian Major-General Qassem Soleimani, head of the elite Quds Force.

Iranian Supreme Leader Ayatollah Ali Khamenei vowed revenge and Iraqi President Barham Salih condemned the move. Europe’s pan-regional STOXX 600 fell 1 per cent and Wall Street futures were 1.2pc lower. The Japanese yen rose half a percent to the dollar to a twomonth high and the Swiss franc hit its highest against the euro since September.

The Middle East-focused oil markets saw the most dramatic moves, with Brent crude futures jumping nearly $3, or 4.5pc, to $69.20 a barrel - also to he highest since September. “Geopolitics has come back to the table, and this is something that could have major cross-asset implications,” said Lombard Odier’s chief investment strategist, Salman Ahmed.

“What is critical is how it pans out in the next few days,” Ahmed said. “Whether it turns into a theme depends on Iran’s reaction and then the US response.” Soleimani’s Quds Force and its paramilitary proxies, ranging from Lebanon’s Hezbollah to the PMF in Iraq, have ample means to mount a response.

In September, US officials blamed Iran for a missile and drone attack on oil installations of Saudi Aramco, the Saudi state energy giant and world’s largest oil exporter. The Trump administration did not respond, beyond heated rhetoric and threats, and markets settled down within a week.

But Friday’s attacks saw governments, including the US, urging citizens in the region either to return home or to stay away from potential targets and public gatherings.

German Bunds and US Treasuries — the world’s benchmark government bonds and typically seen as the safest assets — caught a bid, too. US 10-year yields, which move inversely to prices, fell 5 basis points to a three-week low and German Bund yields dropped away from seven-month highs they touched at the start of the week.

The focus on geopolitics meant markets paid little attention to stronger-than-expected data from France, where inflation rose 1.6pc year-on-year in December, beating analyst expectations for a 1.4pc rise. German inflation figures were also higher although unemployment in Europe’s largest economy also rose more than expected other data showed. Investors also have the minutes of the US Federal Reserve’s Dec.

10-11 meeting due at 1900 GMT. “Markets still remain quite thin after the holidays, but even in a regular session we would have seen a similar reaction,” said Christian Lenk, a rates strategist at DZ Bank in Frankfurt referring to the Middle East-sparked drop in yields. The air strikes in Iraq also killed top Iraqi militia commander Abu Mahdi al-Muhandis.

They came after US Defense Secretary Mark Esper said on Thursday there were indications Iran or forces it backed might be planning additional attacks, after Iranian-backed demonstrators stormed the US embassy in Baghdad. Gold, the other traditional refuge for risk-averse investors, rose 1pc to a four-month high of $1,543.

For the week, it has gained about 2pc and is heading for a fourth consecutive weekly increase. “After the recent escalations in geopolitical issues, we see a resistance level near the $1,575 level for the next week,” said Jigar Trivedi, a commodities analyst at Anand Rathi Shares & Stock Brokers in Mumbai.