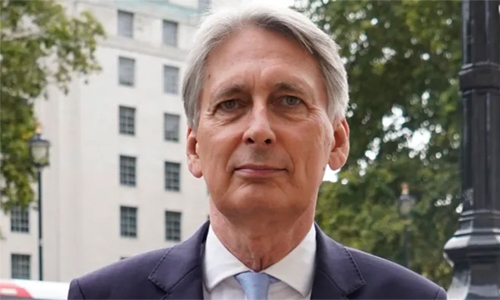 Former British finance minister Philip Hammond said yesterday he will stand down as a lawmaker before the Dec. 12 national election after being kicked out of the Conservative parliamentary party for voting against the government.

“I am saddened to find myself in this position after 45 years of Conservative Party membership,” Hammond wrote in a letter to constituents. Hammond served as finance minister for three years until Boris Johnson won the race to become prime minister in July 2019.