Libra could come under some existing rules, says watchdog | THE DAILY TRIBUNE | KINGDOM OF BAHRAIN 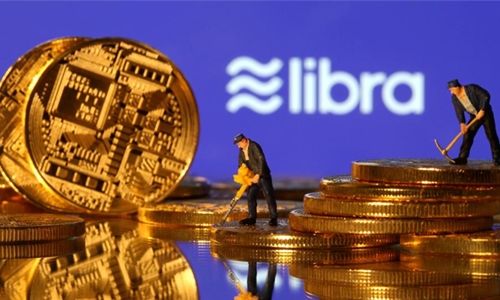 Existing securities rules could apply to “stablecoin” digital currency initiatives such as Facebook’s Libra project to help realise its benefits, global securities watchdog IOSCO said on Monday as policymakers examine whether new regulation is needed. The watchdog, made up of securities regulators from across the world, including the United States, Europe and Japan, said an assessment of stablecoins found they can potentially offer benefits as well as pose risks.

Libra would be pegged to bank deposits and government securities across several currencies such as the dollar and euro. Nonetheless, Facebook’s plans to launch Libra have raised concerns ranging from consumer protection to money laundering and even the notion that the traditional monetary system could be disrupted. “Our analysis has shown that so-called ‘stablecoins’ can include features that are typical of regulated securities,” IOSCO chair Ashley Alder said in a statement.

This means that existing securities rules on disclosures, registration and reporting may apply. Facebook CEO Mark Zuckerberg told U.S. lawmakers last month that Libra was a “risky project”, but that it could lower the cost of electronic payments and open up the global financial system to more people. The tone of IOSCO’s statement is more nuanced than some of the comments from policymakers in European countries like France and Germany, who want Libra blocked.

Facebook Libra is due to launch in 2020. “It is important that those seeking to launch stablecoins, particularly proposals with potential global scale, engage openly and constructively with all relevant regulatory bodies where they may be seeking to operate,” Alder said. There is a need for a detailed understanding of the rights and obligations a stablecoin confers on participants and the continuing obligations of the sponsor.

“We therefore encourage international collaboration, so the risks relating to stablecoins can be identified and mitigated, and the potential benefits realised,” said Alder, who also heads Hong Kong’s securities regulator. IOSCO said it would help the global Financial Stability Board’s work on stablecoins for the G20 Group of 20 Economies. The FSB, chaired by Randal Quarles, the Fed’s vice chair for supervision, is looking at whether there are regulatory “gaps” around global stablecoins.