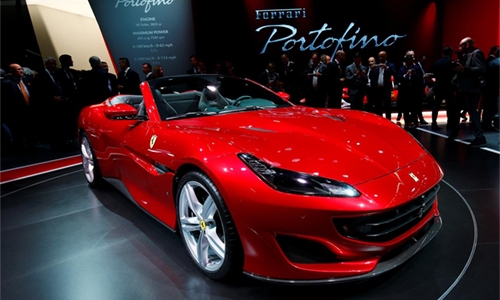 Strong sales of Ferrari’s Portofino and 812 Superfast models helped the Italian luxury carmaker raise its 2019 forecasts yesterday. The ‘Cavallino Rampante’, or ‘Prancing Horse’, known for its racing pedigree and roaring engines, is pursuing an aggressive roll-out of new premium models to sustain its solid growth.

Ferrari will present its latest new model in Rome next week, taking the total to five in 2019, including the F90 Stradale, its first hybrid car in series-production to be available in more than a very restricted number. In the third quarter output rose 9.4% year-on-year to 2,474 vehicles, driven by a 9.5% increase in sales of 8-cylinders models, such as the Portofino, and a 8.9% rise in higher margin 12-cyilinder models, such as the 812 Superfast.

The first deliveries of the Monza SP1 and SP2 had also begun toward the end of September, Ferrari said in a statement. To support Ferrari’s growth and profitability, Chief Executive Louis Camilleri’s strategy plan from September last year promised to launch 15 new models between 2019 and 2022.