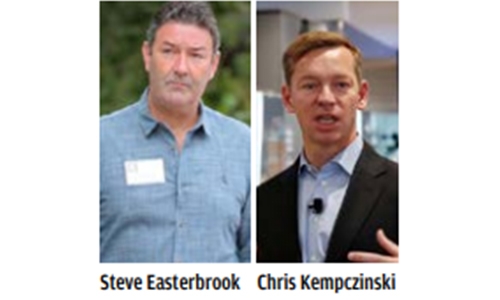 McDonald’s Corp head of US operations, Chris Kempczinski, replaced Steve Easterbrook as chief executive officer of the world’s largest fast-food chain on Sunday. Easterbrook was dismissed following a recent consensual relationship with an employee. Kempczinski, 51, takes over the helm four years after joining the company as an executive vice president.

The value of the severance package was not immediately clear. McDonald’s also said Easterbrook’s separation agreement contained a two-year post-termination non-competition covenant, which is six months longer and more expansive in scope than his existing agreements. New CEO Chris Kempczinski will have a annual base salary of $1.25 million, with a target-based bonus of 170% of his annual base salary, McDonald’s said.