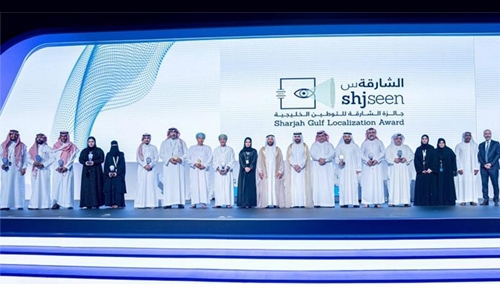 Majid Al Futtaim Retail, which operates the Carrefour brand across the Middle East, Africa and Asia, won the Sharjah Gulf Localisation Award during the sixth GCC HR & Labour Market Conference. The award recognises Majid Al Futtaim’s achievements in hiring and retaining GCC national talent across its Carrefour operations in the UAE, Saudi Arabia, Oman and Bahrain. The event was organised by the Sharjah Chamber of Commerce in cooperation with The Federation of GCC Chambers.

Majid Al Futtaim currently employs 125 Emiratis in senior roles in the UAE. In Saudi Arabia, the company has 1440 employees, 320 of whom hold leadership positions. Over 1230 Omani, Bahraini and Kuwaiti nationals also work at Majid Al Futtaim Retail. The company said it aims to employ more GCC nationals by next year.

Younis Al Mulla said: “The GCC is full of competent national talent that are highly capable and can contribute positively to the retail sector. Al Mulla added that the company is working on a range of strategies and partnerships with various government and private entities, universities and training institutes “to enhance our position as an attractive brand that invests in local talent”.

Majid Al Futtaim said it is actively supporting the career development of GCC nationals via several initiatives such as ‘Tumoohi’, a comprehensive entry-level training programme for fresh graduates. The company recently launched Tamkeen, the region’s first fast-track programmed aimed at growing local talent and helping them unlock their vast potential in the retail industry.