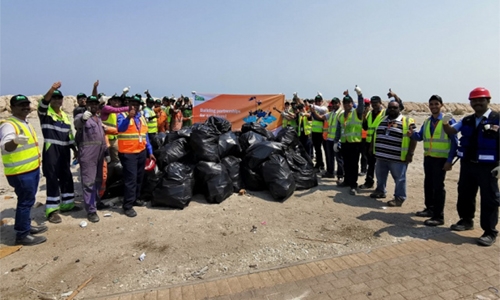 Around 350 kg of plastic waste were collected from the port area by APM Terminals as part of a mass clean-up campaign aimed at eliminating single-use plastic waste. The event, part of a global ‘Go Green initiative was held in association with international port operators.

The campaign, now in its fifth edition, promoted environmental awareness and featured a series of activities and workshops. APM Terminals, the operator of Khalifa bin Salman Port (KBSP), planted several trees by making use of recycled water from air conditioners.

APM Terminals Bahrain CEO Susan Hunter talked about the importance of preserving environmental resources during one of the workshops held. Another session by APM’s Technical and Operations teams highlighted “Save Energy, Save Generations” campaign.