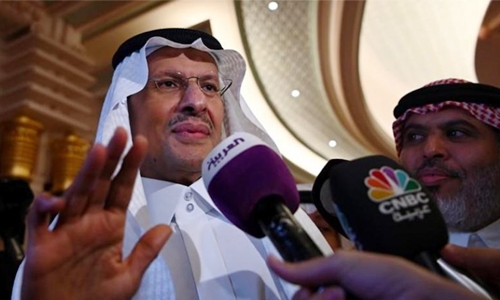 Saudi Arabia has fully restored oil output after attacks on its facilities last month and is now focussed on the listing of Saudi Aramco, its energy minister Prince Abdulaziz bin Salman said.

The kingdom’s oil production capacity now stands at 11.3 million barrels per day, he told a Moscow energy conference yesterday, adding: “We all rose to the challenge”.

“We have stabilised production capacity, we are at 11.3... We still have the kit and the tools to overcome any future challenges...” The listing of Aramco is the centrepiece of Saudi Arabian plans to shake up its economy and diversify away from oil.

Bankers from around 20 international and domestic financial institutions are now working on the company’s plan to sell 1 per cent of Aramco in Riyadh before an international sale in 2020 or 2021.