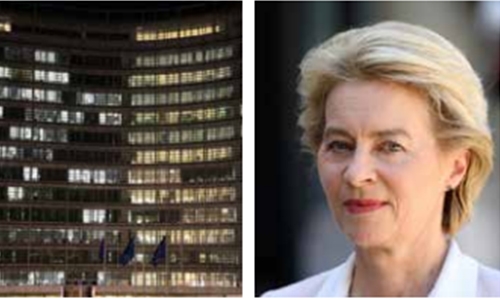 The EU’s incoming president Ursula von der Leyen plans to live in a tiny flat attached to her Brussels office rather than rent an apartment, her staff said yesterday.

The president of the European Commission has no official residence -- a fact that irked von der Leyen’s predecessor Jean-Claude Juncker, who complained to a German newspaper that he was forced to live in a hotel suite at a cost of 3,250 euros ($3,560) a month.

Instead von der Leyen is having a 25-square-metre (270-square-foot) room next to her office on the 13th floor of the commission’s Berlaymont building converted so she can sleep there during the week. She followed a similar practice as German defence minister, staying in her Berlin office and returning to her family home near Hanover at weekends.

An official close to von der Leyen said living in the highly-secured Berlaymont would save the cost of guarding a separate apartment. It would also mean she would not be caught up in Brussels’ notorious rushhour traffic and risking being late for work.

“We can confirm that the President-elect would like to use an existing personal retreat next to the president’s office to stay overnight during her days in Brussels,” the official said, confirming a report in the German newspaper Die Welt. Her “main residence was always and remains Hanover” in Germany, the official said.

US to strike EU with $7.5 billion in tariffs over Airbus subsidies