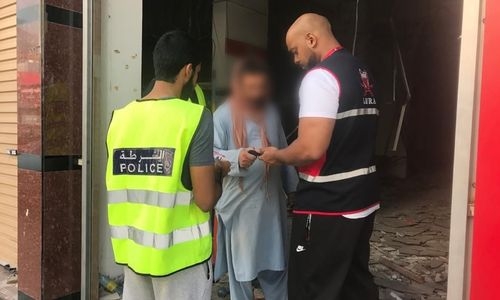 Hundreds of people, including expatriate workers and employers in Bahrain, were prosecuted by the Labour Market Regulatory officials in the past two months on charges of flouting labour laws, as fines collected in this account also touched BD205,000.

LMRA said they referred 526 people to public prosecution, of which 344 were irregular expatriate workers, while 182 were employers between 7th October and 30th November this year.

The legal actions also resulted in deporting 505 expatriates by courts on charges including labour and residency violations.

“The move aims at maintaining a competitive, fair and stable labour market and address illegal practices in the work environment,” said LMRA officials.

The actions also follow the cancellation of flexible work permits and registering all expatriate workers in partnership with the private sector.

In this regard, LMRA called on employers and workers to familiarise themselves with the Labour Market and Residency Laws to avoid legal actions.

“Most of the violations employers committed are regarding the employment of foreign workers without a work permit.”

LMRA also warned that workers performing at other jobs not licensed by the work permit would also attract legal action.

The officials also called on the general public to support government agencies address illegal practices by reporting such issues directly on www.lmra.bh or by calling 17506055.

Introduced originally in 2017, Bahrain cancelled the Flexible Work Permit Scheme on 18th October 2022, which allowed foreign nationals to enter the country for work purposes without obtaining sponsorship from an employer.

LMRA had said the new reforms establish new labour registration centres, an online registration portal to increase the ease of worker registration, LMRA representation for any disputes between employee and employer and measures to link work permits to vocational and occupational standards.