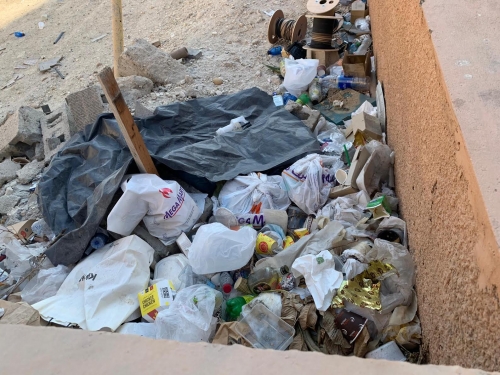 Many private plots are being fast turned into illegal landfills across many areas within Manama, creating a health hazard for the locals as household waste forms a mountain in their proximity. The rising population bears the blame for the current scenario, which is also challenging for policymakers.

With limited land available for waste disposal, managing all the waste generated scientifically has also become a highly challenging task for policymakers and municipalities. Experts point out that the pressure is increasing on GGC countries to reduce waste and become more sustainable with a growing emphasis on a circular economy.

In this scenario, Waste and Recycling Middle East takes a deep look at the waste management practices in Bahrain. Speaking to The Daily Tribune, Kai Mieting, ‘wastrepreneur’ and environment advocate, said, “Illegal waste dumping is a general issue worldwide, and usually the culprits are not the residents.

“They will not dump trash near their homes as they like to keep their area and neighbourhood clean. The blame is on people who throw trash carelessly on private plots far away from their homes. “In Germany, there are waste police who investigate illegally disposed waste. Once they catch a person, cops will enforce a fine and rectification for proper disposal.

“This helps people learn from their mistakes, and this can be implemented in Bahrain as well, as it will create new jobs and awareness within the local society.” Mr. Kai also highlighted another issue: the impact on health and the environment through illegal dumping, as the emissions and smell could cause serious harm to humans, animals and nature.

“Even as the waste collection here is free, there shall be incentives to reduce waste, especially the toxic and dangerous items. “I suggest charging the producer for collecting waste, as the cost will make people more mindful of the waste production.

“Unfortunately, money is a key which makes humans change in both ways. “It is everyone’s responsibility to care for our environment, nature, surrounding and living space. No one of those illegal dumpers would dump it in their own living space, but elsewhere it seems acceptable.”

Rashid Muhammad, a security guard, revealed to The Daily Tribune, “I observe many local residents going from their apartments and putting trash in empty spots, and even though the garbage bin is nearby, some people are lazy to walk there.”