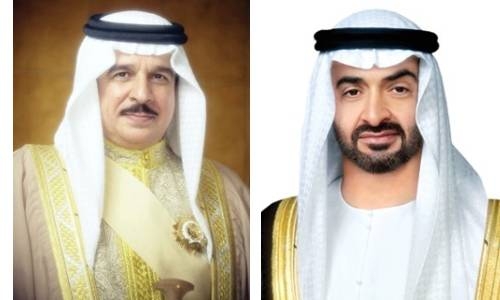 HM King said Bahrain is keen to strengthen and develop these strong ties laid by the rulers and people of both kingdoms.

“These ties are instrumental in achieving the common interest of the people of both Kingdoms and bringing prosperity to all,” said HM King, praising the depth of the fraternal relations and their development and growth in various fields.

The statement also highlighted the strength of longstanding Bahrain-UAE relations. His Majesty and HRH Prince Salman also sent similar cables to the Vice President and Prime Minister of the UAE and Ruler of Dubai, His Highness Sheikh Mohammed bin Rashid Al Maktoum.