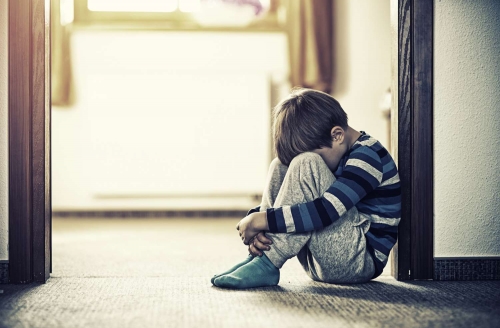 Children from divorced families may experience more externalising problems such as conduct disorder, delinquency and impulsive behaviour than kids from two parent families.

According to sources, in 2020, the crude divorce rate in the Kingdom reached 1.6 up from 1.1 in 2017. The crude marriage rate in the religion reached 2.8 in 2020. The children of divorce parents feel that they are vulnerable and weak because they do not have the power to change their status quo.

The anger and sadness of children over the divorce of their parents may cause them various psychological illnesses including depression. Speaking to The Daily Tribune, a professional psychologist who does not want to be identified said, “The children can get affected in three stages.

First, their mental illness can cause personality issues, anxiety, and fear of abandonment. It can also cause fear of the future, such as how their marital life will be in the future. “Any child will experience a range of emotions depending on their age and level of understanding, including more rage, hostility, and disputes with friends and family.

Last but not least, divorce can have a significant negative impact on children’s education. Children who experience divorce are more likely to drop out of school and perform poorly academically. “Divorce may sometimes be a solution for marital problems, but many parents do not consider the interests of their children when they take the decisions to divorce.

They consider divorce a battle from which one of them will emerge victorious. In the process, parents seem to be oblivious to the harms that may befall their children as a result of their divorce. “Families should realise that the person most affected from such a situation is the offspring.

If the child is in its teen or above, its social circle of peers, siblings and friends might provide a healthy outlet for him/ her to vent their feelings. “Even though there are various reasons for parents to divorce, they should establish a strong bond with their children and work to enhance communication skills.

Even children should be able to cope well. “However, those who are younger, I strongly suggest the intervention of professional help,” One of the most disastrous repercussions of a divorce is the child forming an obsessive compulsive disorder (OCD), which usually arises when the parents or even the families, start to take sides and form biased views.

Tourism among Bahrain’s most important pillars