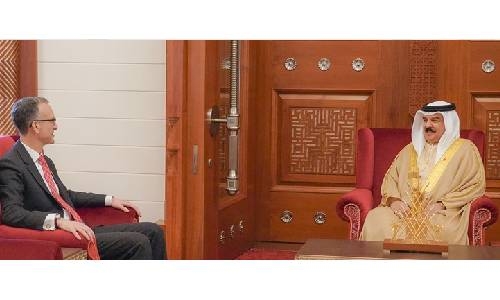 His Majesty King Hamad bin Isa Al Khalifa expressed pride in the deep-rooted Bahrain-US relations, and the robust partnership between them.

HM the King emphasised that bilateral relations and cooperations reflect both countries’ history of mutual understanding and respect, as well as joint coordination and cooperation.

HM King Hamad reviewed with the US Ambassador the solid friendly relations between Bahrain and the US, as well as the advanced level reached by their joint cooperation across various fields. He commended the effective pivotal role played by the US administration to strengthen the pillars of security and stability and consolidate regional and global peace.