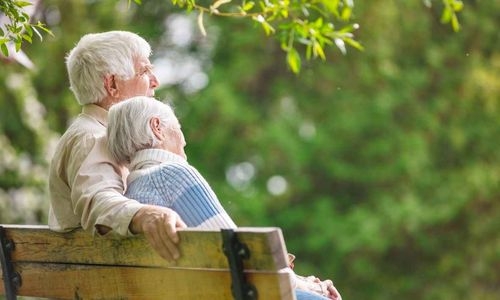 Five per cent of Bahrain’s elderly population faces some or other form of abuse, according to a study. The term elderly applies to all those aged above 65 as per the global research standards.

The study carried out by Dr Nasser S, Dr Mallala H, Dr Jadeed and Dr Taraif revealed the situation regarding elderly abuse and elderly care in the Kingdom and they were published in Bahrain Medical Bulletin.

The study attains immense significance amidst the Kingdom all joining other nations in the world to mark the International Day of Older Persons yesterday.

The Kingdom of Bahrain is one of the first Arab countries which formed a National Committee for Elderly in the year 1984 to protect the rights of the elderly population. Elderly abuse is considered a violation in the Kingdom according to Bahrain Act numbered 85 introduced in the year 2009.

Those responsible for subjecting an elderly Bahraini to abuse that includes neglecting could be either fined or jailed or could face both, depending on the type of abuse. “Majority of study subjects were literate (78pc). More than two-thirds of elderly participants were financially independent (73.6pc), with 18pc that relied on financial aid from family members, 13.9pc benefited from government aid, and less than 1pc on charity (0.7pc),” the study said.

Among study participants (89.5pc) reported that they had at least one chronic morbidity. Of the interviewed elders, 82.4pc were physically independent of the remaining who used instrumental aids; 6.8pc needed wheelchairs to get around.”

The five types of elderly abuse acknowledged in the study were neglect, financial abuse, psychological abuse, physical abuse and sexual abuse. Neglect topped the chart with 21pc males and 8pc of females belonging to the sampling group reporting it.

It was followed by financial abuse (17pc), psychological abuse (15pc) and physical abuse (3pc). There were no complaints of sexual abuse by any of the study subjects. “An alarmingly large segment of the elderly population (66.4pc), were involved in potentially abusive situations.

For instance, 6pc of the sample do not feel comfortable with the individuals residing with them and do not trust them and 4.4pc feel that nobody wants them around. “Health care providers should be alert to these situations as they might not be overt abuse cases, but it could potentiate future abuse.

It should be viewed as a spectrum of personal violation of rights,” the study noted. The International Day for Older Persons was marked under the theme ‘Elderly women’s resilience and contributions’ yesterday, highlighting the contributions of elderly women and the challenges they face.

As the number of older people increases, the Kingdom is keener to take care of the elderly and provide for all their needs. The International Day of Older Persons is celebrated annually which highlights the contributions older people make to society and raises awareness of the opportunities and challenges in today’s world.