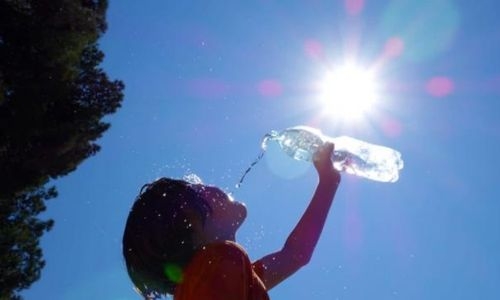 Extensive research into the matter predicts that conditions in the Gulf region, including low elevations, very high humidity and temperature and intense sun, will make the region “a specific regional hotspot where climate change, in the absence of significant mitigation, is likely to severely impact human habitability in the future”.

According to the International Labour Organisation (ILO), increases in heat stress resulting from global warming are projected to lead to global productivity losses equivalent to 80 million full-time jobs in the year 2030. “In the Arab states, the construction sector will be hit most, with heat stress in this sector expected to account for 40 per cent of the total loss of working hours in 2030.

“In the Gulf states, where the construction sector accounts for 23pc of employment…high temperatures and humidity, alongside outdoor work, can exacerbate heat-related risks for these workers,” the ILO observed.  The Ministry of Transportation and Telecommunications’ Meteorological Directorate last week reported in their monthly weather summary that the month of August 2022 was warmer than normal in temperatures with below average wind speed.

The highest temperature recorded during the month was 43.7°C which occurred on the 15th of August at Bahrain International Airport. The highest temperature recorded for August at Bahrain International Airport was 45.7°C which occurred on 9th August 1993. The Daily Tribune earlier reported on the plight of different categories of workers including small-scale restaurant cooks, food delivery workers and others who were struggling from heat stress during the rising summer temperature. The report quoted construction and outdoor workers, who were pleading to the Labour and Social Development Ministry to extend the outdoor work ban to September as well amidst the mercury levels continuing to remain high in the Kingdom. The highest temperature recorded yesterday was 41 degree Celsius.

The plea came as the outdoor work ban strictly implemented by the ministry, starting July 1 ended yesterday. The ban aimed to protect outdoor labourers from heat stress. Other countries in the region including the UAE generally offer midday breaks for outdoor workers from June 15 to September 15.

During the months of July and August this year, the ministry directed all employers to strictly follow the outdoor work ban in line with the Kingdom’s keenness to protect workers from occupational health issues and injuries, especially during the summer period, which witnesses a rise in temperature and an increase in humidity. The Labour Ministry has always implemented initiatives that affirm the Kingdom’s position as a leader in ensuring a secure and safe work environment for workers.