Voters’ list display: ‘There are no plans to extend period’ | THE DAILY TRIBUNE | KINGDOM OF BAHRAIN 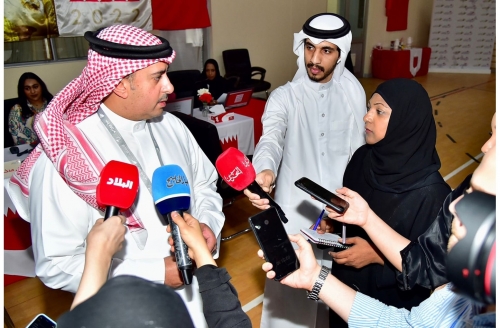 Voters’ list display: ‘There are no plans to extend period’

The period for displaying voters’ lists ends at 9pm tomorrow, according to Nawaf Al Maawdah, the Minister of Justice. There are no plans to extend their period, he said, while speaking to the members of the media yesterday.

In light of the fact that more than 124,00 people visited the website in less than two days to check their names on the voter lists, the ministry confirmed that there is a high turnout of citizens who check their names in the voters list. This shows that voters are aware of the significance of participating in the electoral process.

“All indications are positive, and we are confident in the voter’s knowledge,” he continued. Additionally, he acknowledged that more objection requests are being submitted, which is entitlement for the voters to check his evidence and his/her name to the list. Previously, the ministry formed teams from each municipality to assist with electoral campaigning procedures, inform candidates, obtain licenses for electoral tents, and provide the necessary support prior to the election date.

The minister stated that a booklet containing the instructions and regulations governing the electoral process will be distributed to the candidates, noting the appointment of Southern Municipality Director-General Asem Abdullatif Abdulla as the ministry’s liaison with the Elections Executive Committee.

The voter lists for the municipal elections are also available on the elections’ official website, www.vote.bh, and will be displayed in municipality centers on September 15-21, from 5 pm to 9 pm. Nawaf Abdulla Hamza, Head of Elections, stated that displaying voter lists in municipal headquarters reflects the role of municipal councils in light of the development process led by HM the King and the follow-up of HRH the Crown Prince and Prime Minister.

“Displaying the lists also reflects efforts to make it easier for eligible voters to vote in municipal elections,” he added.