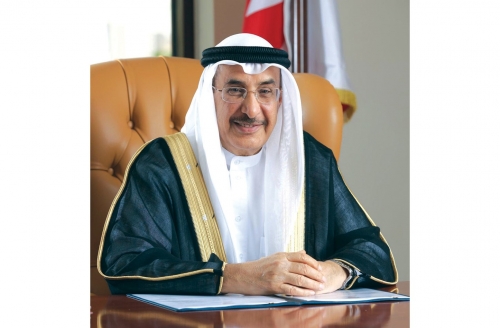 The Cabinet paid tribute to Her Majesty Queen Elizabeth II’s exemplary reign, service to the British people, and immeasurable contribution to bolstering the longstanding relations between Bahrain and the United Kingdom.

It highlighted the condolences paid by His Majesty King Hamad bin Isa Al Khalifa and His Royal Highness Prince Salman bin Hamad Al Khalifa, the Crown Prince and Prime Minister, to the King of the United Kingdom of Great Britain and Northern Ireland, His Majesty King Charles III, following the passing of HM Queen Elizabeth II.

The weekly Cabinet meeting was chaired by the Deputy Prime Minister and Minister for Infrastructure, HE Shaikh Khalid bin Abdulla Al Khalifa, yesterday at Gudaibiya Palace. The Cabinet also followed up on HRH the Crown Prince and Prime Minister’s directives to continue the disbursement of financial support for eligible Bahraini driving instructors.

In this regard, the Cabinet was briefed by the Ministry of Social Development on its initiatives to implement HRH the Crown Prince and Prime Minister’s directives and the evaluation of eligibility rules and criteria.

To mark the International Day of Peace, the Cabinet affirmed the Kingdom’s commitment to upholding international and regional peace to improve security and promote peaceful coexistence.

The Cabinet reviewed the latest developments for treating communicable diseases and directed the Ministry of Health to continue implementing precautionary and preventive measures. It congratulated the King, Government, and people of the Kingdom of Saudi Arabia on the occasion of Saudi Arabia’s National Day.

1. A memorandum by the Minister of Finance and National Economy and the Minister of Industry and Commerce regarding the decision of the GCC Standing Committee for Combating Harmful Practices in International Trade to impose antidumping fees on several GCC imports.

2. A memorandum by the Ministerial Committee for Legal and Legislative Affairs on an MoU between Bahrain Polytechnic and Shandong Jiaotong University in the Peoples’ Republic of China in education and professional capacity building.

3. A memorandum by the Ministerial Committee for Legal and Legislative Affairs on the Bucharest Declaration “Building a Better Digital Future for All” that aims to accelerate digital transformation and cooperation in promoting communications and information technology.

4. A memorandum by the Ministerial Committee for Legal and Legislative Affairs regarding the government’s response to four proposals submitted by the Council of Representatives.

The Cabinet also reviewed a memorandum by the Minister of Oil and Environment regarding a study that monitors emissions from factories and industrial establishments.