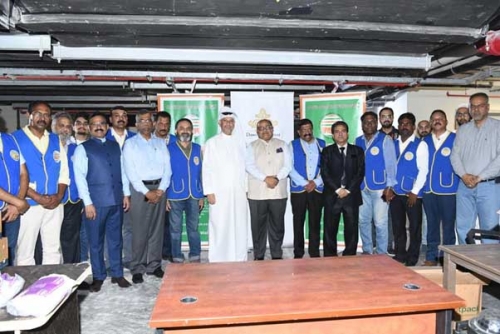 Indian Community Relief Fund (ICRF) held the concluding event of its ‘Thirst-Quenchers 2022’ programme on 17 September at the worksite in Marassi, Diyar Al Muharraq.

HE Piyush Srivastava, Ambassador to the Kingdom of Bahrain, Mr Ahmed Jaffar Al Hayki and Assistant Undersecretary from Ministry of Labour and ICRF Chairman, Dr Babu Ramachandran, were present at the programme. 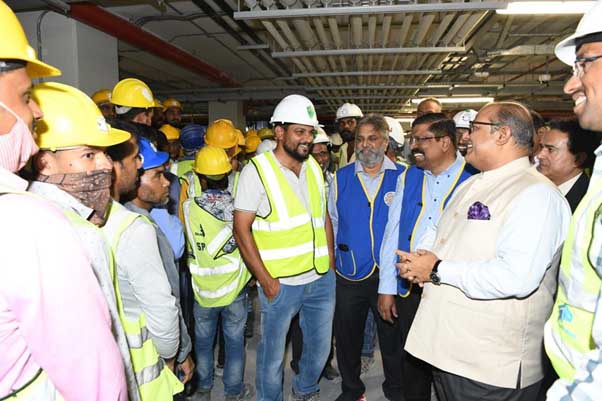 Over 550 Indian workers benefited from the event. In 12 such event organised since July 2022, ICRF reached out to more than 3,100 workers. The Indian Community Relief Fund (“ICRF”) Thirst-Quenchers 2022 team concluded its annual summer awareness program on 17 September. 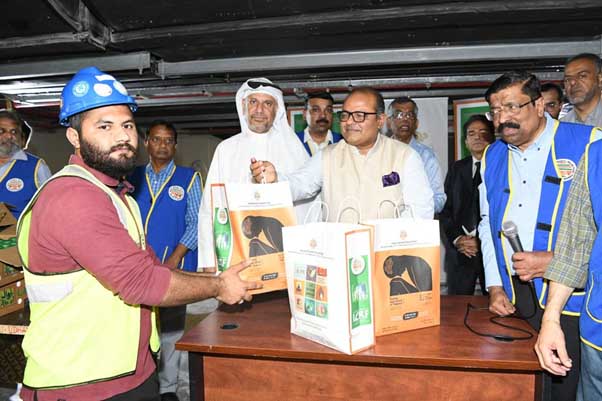 ICRF team distributes water, juice, laban and food packets to the workers at the various worksites. Since inception of the programme it has benefitted over 15,000 workers.