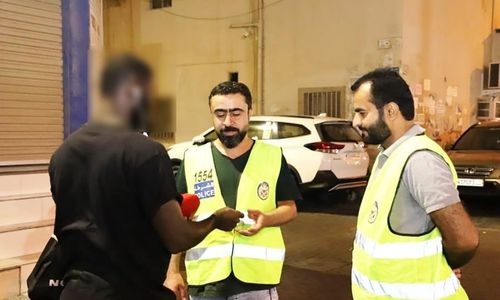 The Capital Police yesterday arrested several workers during an inspection campaign with the Nationality, Passports and Residence Affairs for violating residency laws in Bahrain. Colonel Talal Nabil Taqi, the Search and Follow-up Department Director, said they are pursuing legal actions against the violators.

He said the campaign was for identifying irregular residencies and ensuring that workers comply with the laws and regulations in force in the Kingdom. NPRA, he said, will continue to intensify campaigns in all governorates of the Kingdom to address violations and illegal residencies. In this regard, he stressed the role of citizens in supporting government agencies. Complaints can be made directly to the NPRA call centre at 170770777 or email to info@ npra.gov.bh.