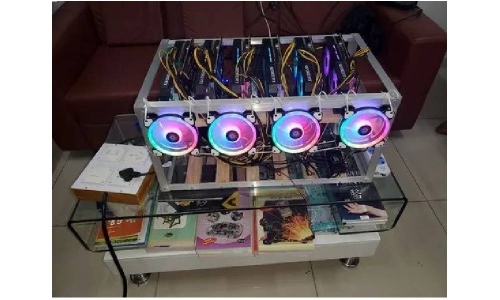 A Bahrain IT expert facing the law for allegedly misusing assets owned by a university here for mining cryptocurrency will learn his fate next month. A Bahraini trial court will pass its verdict in the case on the 17th of August 2022.

Investigators had said they arrested a man -- an IT expert-- for running a 28-machine mining rig right from the server room of a university here. He allegedly had been running the University-based mining operation since 2019. How much profit he had earned from the operation is not yet disclosed.

The University, however, said they suffered losses to the tune of BD20,000, thanks to the unauthorised mining. The suspect, an IT expert, initially operated his mining machines from his home but later shifted them to a room housing the internet server of the University in a bid to save some money on the internet and electricity.

The scheme faltered only when a University staff who spotted and grew suspicious of the machines in the server room reported that to the University. When questioned, the suspect denied having any knowledge of the systems found in the server room at first. He, however, failed to hold his grounds when investigators confronted him with solid evidence.

Court files say he confessed to installing the systems in the University as early as 2019 while the Kingdom was busy fighting the Coronavirus outbreak. University officials reportedly suffered a loss of BD20,00 in electricity consumption during these years.

The suspect faced criminal proceedings before the High Criminal Court. Experts opinion that when people do such things, it goes beyond stealing electricity, as it could slow down the entire work of the establishment.