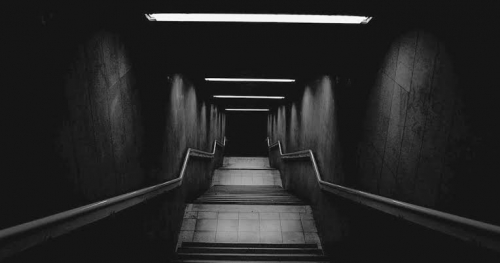 Many social workers in Bahrain are finding themselves at sea after the deaths of illegal residents, whose semi-identities aren’t enough to fly the body home or inform the relatives or friends. They say, over the past few years, funerals for a large number of illegal residents have been held in the Kingdom, owing to struggles to trace their permanent addresses back in their home countries or immediate survivors or relatives.

Speaking to The Daily Tribune, a social worker said an illegal resident’s life in the Kingdom is nothing short of a mystery. “There are many illegal residents, who have been living in the Kingdom for many decades. And the toughest aspect of their lives is the fact that no-one knows their permanent address or close relatives in their home countries.

“They generally don’t have passports with them nor do they have a permanent place to stay or long-time friends. We only get to know them once they are seriously ill or upon death. And our job would become really difficult in the absence of these basic identities that constitute a human being in the modern society.”

The last such incident was the death of Indian national Suresh Rajamanickam, who has been an illegal resident in the Kingdom since 2014. Sources said a group of acquaintances took Suresh to Salmaniya Medical Complex (SMC) hospital sometime back after he seriously fell ill. Upon his death at SMC, the social workers contacted his acquaintances to obtain the permanent address to fly back the body home.

“However, none of them knew it,” sources said. Suresh Kaladi, who is the Secretary of Rajini Fans Association (Association of fans of Indian film actor Rajinikanth) in the Kingdom, said they had to use their network across the South Indian state of Tamil Nadu, to discover the permanent address of the deceased as well as contact his mother and relatives.

“We are planning to perform the final rites of the deceased person in the Kingdom and have already received the consent of his mother Rasathi in this regard. The Indian Embassy has been actively supporting us to ensure that all legalities are met in both countries,” he told The Daily Tribune.

“Our team members Mr Ramesh Mayavarathan and Mr Muruganantham is coordinating with the family In India and supporting them all financially,” he added.

According to official estimates, there are around 55,000 illegal foreign workers residing in the Kingdom and the number has been declining sharply since the outbreak of the pandemic. The Labour Market Regulatory Authority has always been exerting its best efforts to legalise the stay of all illegal residents in the Kingdom.

And it was in this regard the authority introduced Flexi Permits. Flexi Permits are permits that allow foreign workers to live freely in the Kingdom and work in any non-specialised occupation without a sponsor for a renewable period of one or two years.