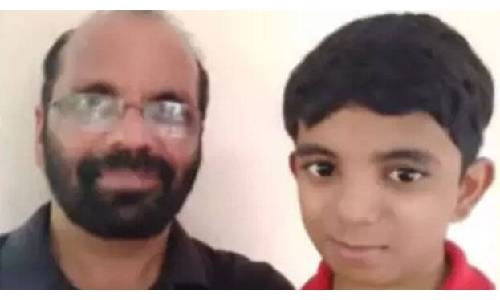 A Bahrain resident is accused after her husband took his son in a car before ramming it into a tanker lorry simultaneously committing suicide and murdering the 11-year-old boy in India.

The deceased were identified as Prakash Devarajan, 48, and his son Sivadev. They belong to Thiruvananthapuram district in the South Indian state of Kerala.

The man committed suicide after posting pictures of his wife, a Bahrain resident and her friends on social media, claiming to be responsible for the deaths.

According to news sources, the car collided with the tanker lorry carrying diesel. It is learnt that Prakash and his wife were at loggerheads over the latter’s alleged relationships with other Bahrain and UAE residents.

Prakash wanted his wife to return from Bahrain, but, sources say, she did not listen to it, leading to the tragic incident. In his suicide note, Prakash mentions that his wife’s activities led him to take this drastic step.

The couple also has a daughter. Prakash also posted his suicide note on Facebook, holding his wife and friends responsible for the deaths. The pics of the accused were also posted on the social media platform. Kerala Police is probing into the incident. It is unclear whether Kerala Police has alerted the Kingdom’s investigators with regard to the incident and ongoing probe.