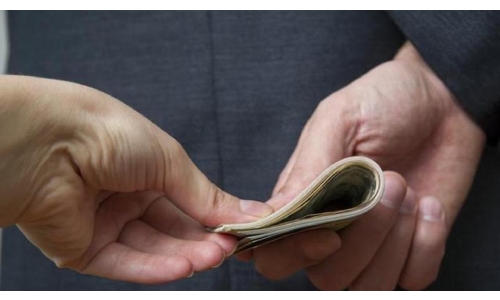 Two public officials and their two accomplices, charged with accepting and soliciting bribes, will spend five years in jail.

The fourth High Criminal Court also slapped them with fines of BD500 each and ordered the confiscation of the money accepted as bribes for performing their official duties.

The two others implicated in the case are managers in the clearance office.

Incidents leading to the case started with the General Directorate of Anti-Corruption and Economic & Electronic Security receiving a report on two public officials.

The report accused the officials of demanding money in return for completing transactions regarding residency permits.

The investigation opened by the public prosecution also landed the suspects in custody red-handed.

The suspects, during interrogation, confessed to their crimes and said they accepted money from the third and fourth defendants, who are clearance office employees, for completing transactions of clearance office.

The statements were also in compliance with the forensic examination report of the phones used by the accused.

The Public Prosecution referred the suspects for trial to the High Criminal Court.