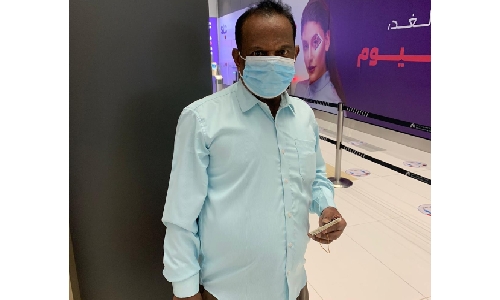 A key intervention from the part of the Ministry of Justice, Bahrain Immigration authorities and the Indian Embassy has helped a stranded expatriate fly home.

Indian national Siby Mathew yesterday took a flight to Bengaluru in India, where his son lives, after being stranded in Bahrain for 23 years.

He had faced multiple travel bans following three cases filed against him.

According to Sudheer Thirunilath, World NRI Council Humanitarian Director for the Middle East, the cases were dropped following a joint intervention by the Ministry of Justice, Bahrain Immigration authorities and the Indian Embassy.

Adding to Mathew’s plight was his health status.

Both his kidneys had become dysfunctional after suffering acute diabetes.

Mathew came to Bahrain in 1991 and has been working with many companies here.

His family members who live in India, include his wife Sini, daughter Martina and son Martin.

Speaking to The Daily Tribune, on the way to Bahrain International Airport, Mathew thanked Sudheer and Indian Embassy officials for the timely support.