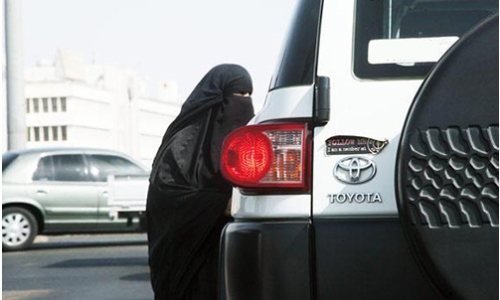 The rising number of beggars is fast becoming an inconvenience to the citizens and residents across the streets of Manama and Gudaibiya.

A large number of beggars, mainly women carrying children, are seen begging for alms, most often annoying the public.

Sources said they even enter shops, asking money from shopkeepers as well as customers across Manama and Gudaibiya.

They added that the number of beggars would be increasingly found across the streets during the beginning of the month as it is the time when people receive their salaries.

Speaking to The Daily Tribune, Mohammed Ibrahim, an expatriate, said: “I don’t see begging as a crime but it is a social problem, which raises a lot of concerns.

“I always try to avoid giving alms to them since I don’t want to promote it.

But my family members, including my wife, insist on giving, and I end up contributing to the social problem.”

V Kumar, another expatriate, said some of the beggars are even aggressive.

“They knock on car windows, refuse to leave even after we offer alms to them.

Some of them want more bucks, but we have our limitations,” he said.

A long-time resident in the Kingdom, Kumar said the increase in the number of beggars is a recent “phenomenon”.

“I have been living in the Kingdom for over 20 years now.

Earlier, I would see one or two beggars when I walked through the streets of Gudaibiya and I realised that they were mentally-ill people.

But that is not the case now.

“Some of them look like those coming from reasonably good families.

And one thing I am totally against is using children to gain sympathy.

Why should the children suffer as their self-image is getting adversely affected by this act?”

So let’s gather the information, advocate for the spread of available resources.

“There could be psychological factors for begging; perhaps the individual’s mental and cognitive capacity may play a role.

Perhaps, they are unaware of the resources available to them by charities and shelters set in place to support them.”

Dr Mostafa also stressed the significance of rehabilitation, saying: “Public awareness campaigns and increased efforts at disseminating information of available services to police, mosques, public transport and other areas where people aggregate could be beneficial.”