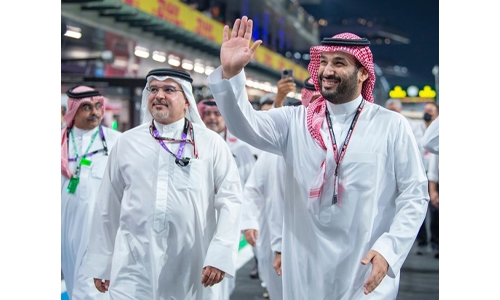 His Royal Highness commended the organisational capabilities on display at the Jeddah Corniche Circuit, which demonstrate the potential of the region to be a world leader in many areas. He also highlighted that this successful event, along with those held at the Bahrain International Circuit (BIC) and other regional circuits, will only increase interest in Formula 1 and enhance the region’s global position in hosting race events.

HRH Prince Salman noted the great achievements of Saudi Arabia in recent years, which have supported regional advancement and development.

He also noted the broader success Saudi Arabia has had in hosting international events, and the Kingdom’s ambitious plans to attract more of these new experiences and opportunities.