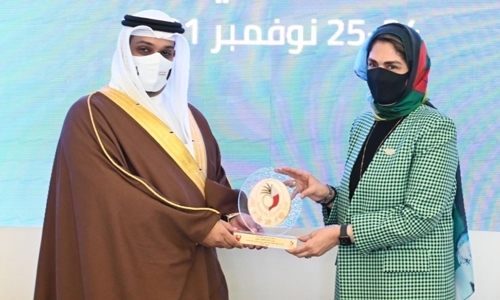 The two-day forum aims to discuss the results of the national report on gender balance at the institutional level and in the main areas affecting national development, the results of which witnessed remarkable progress compared to the first report issued two years ago.

The participants in the forum were briefed on main initiatives and best practices monitored by the report, which contributed to the development of gender balance indicators at the national level, in addition to the desired improvement opportunities in various development areas.

The forum sessions also dealt with proposals that would contribute to the improvement of the outputs of the national report.

The focus was mainly on ways of adopting recommendations and implementation procedures and work priorities, or methodologies for developing some indicators to provide more objective readings of the reality of gender balance.

He paid tribute to Her Royal Highness Princess Sabeeka bint Ibrahim Al Khalifa, Wife of His Majesty the King and Supreme Council (SCW) for Women President for her pivotal role in promoting women’s status.

SCW Secretary-General Hala Al Ansari commended the efforts of the Government, chaired by HRH the Crown Prince and Prime Minister for its support to the national gender balance model.