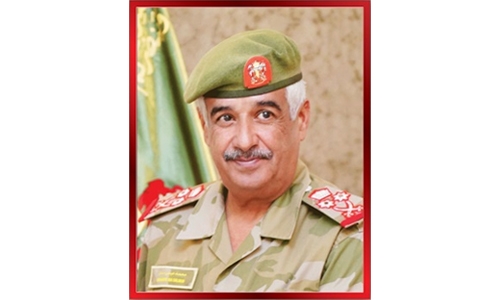 The exercises were conducted on Tuesday morning on the eastern coast of the Kingdom.

Combat 1 is a continuation of the series of training exercises that the National Guard periodically conducts to boost its military capabilities.

The exercises were conducted on a marine oil installation on the eastern coast of the Kingdom as an evaluation and testing experience for the National Guard’s capabilities in the command and control systems and their advanced plans to protect marine vital installations and secure their locations.

During his monitoring of the exercise, National Guard Director of Staff Major General Shaikh Abdulaziz bin Saud Al Khalifa stressed they were consistent with the support provided by the Presidency of the National Guard to all security institutions in a manner that enhances security and stability throughout the Kingdom.

They also help preserve the nation's gains and achievements accomplished during the prosperous rule of His Majesty King Hamad bin Isa Al Khalifa, the Supreme Commander, he added

Shaikh Abdulaziz praised the efforts made by the commanders of the exercises and the participants from the National Guard units and commended their high professionalism in assessing and dealing with situations.

This confirms the constant readiness of the National Guard staff to answer the call of duty in various circumstances.

The exercise outcomes reflected the continuous development in the modern training arrangements of the National Guard that are enabling them to perform their national duties with high standards of efficiency and competence.