US offers payments, relocation to family of Afghans killed in botched drone attack | THE DAILY TRIBUNE | KINGDOM OF BAHRAIN 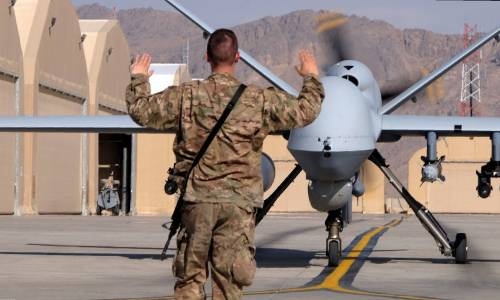 The Pentagon has offered unspecified condolence payments to the family of 10 civilians who were killed in a botched US drone attack in Afghanistan in August during the final days before American troops withdrew from the country.

The US Defence Department said it made a commitment that included offering “ex-gratia condolence payments”, in addition to working with the US State Department in support of the family members who were interested in relocation to the United States.

The drone strike in Kabul killed as many as 10 civilians, including seven children. The Pentagon had said earlier that the Aug. 29 strike targeted an Islamic State suicide bomber who posed an imminent threat to US-led troops at the airport as they completed the last stages of their withdrawal from Afghanistan.

However, reports had emerged almost immediately that the drone strike in a neighbourhood west of Kabul’s Hamid Karzai International Airport had killed civilians including children.