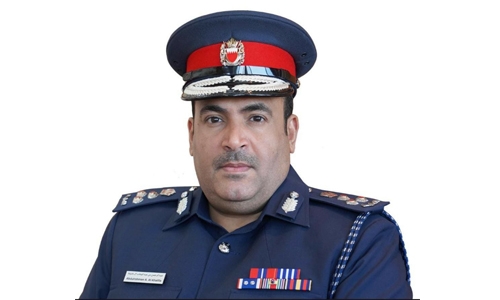 Accidents rates in the Kingdom are now at the lowest in the region, said a top official, even as vehicles plying on the roads increased considerably.

Thanks to the comprehensive traffic strategy launched in 2015, the accidents and fatalities had decreased by 60%, said Brigadier Shaikh Abdulrahman bin Abdulwahab Al Khalifa, the Director-General of Traffic. The data, Shaikhabdul Rahman said, is for the period from 2015 to 2020.

The rates are down to 35% from August last year to August 2021, he added. “This makes the Kingdom’s accident rates the lowest at the regional level,” said the Director-General. The achievement is tremendous, Shaikh Abdul Rahman said, especially when viewed in the backdrop of a 21% increase in the vehicles plying on the roads of Bahrain.

“The construction of new cities as part of urban development, including the Salman City, East Hidd City, Khalifa City and other investments on the islands and the increasing length of roads are all adding up to the traffic woes,” he said.

The Director-General stressed the importance of developing the traffic system, using technology, monitoring through the foot and mobile patrols, studying street locations that need engineering changes, and addressing other challenges in cooperation with relevant authorities.

Shaikh Abdulrahman said the rate of road accidents is proportional to the level of awareness of road users, compliance with traffic regulations and rules, dangerous traffic behaviours such as using phones while driving, non-adherence to speed limit and defensive driving