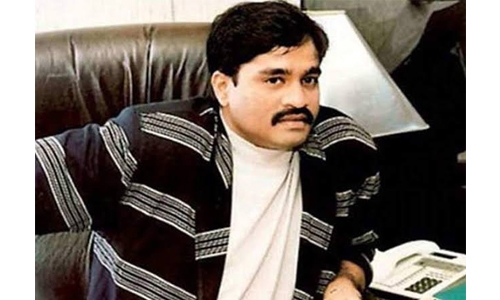 Days after the arrest of Jaan Mohammad Sheikh alias Sameer Kaliya and five others by Delhi Police’s Special Cell, a report yesterday said that the 47-year-old Mumbai resident had travelled to Bahrain in 2019 to assassinate a gangster.

Mid-day mentioned sources in Mumbai Police’s Crime Branch as saying that Sheikh was hired to kill Ali Budesh on Dawood Ibrahim’s instructions, but he never completed the job. Sheikh, alias Sameer Kaliya, was arrested from Rajasthan by the Delhi Police’s Special Cell on Tuesday for planning terrorist attacks in India, including Maharashtra.

The Crime Branch has received information claiming Sheikh had gone to Bahrain for a few days, but he did not kill Budesh as he feared for his own safety.

An anonymous police officer confirmed the revelation: “Police have verified that Sheikh had gone to Bahrain in 2019 and had also received money from Fahim Machmach.” Mid-day further mentioned sources in the Crime Branch as saying that Sheikh saw the statues of Budesh while in Bahrain and thought that he would not be able to make it back to India if he killed him.

Sources further said that Sheikh did not kill Budesh because of this fear. Budesh was initially linked with the Dawood gang, police said. He was taken to Dubai by Dawood’s people, who then introduced him to one of the most wanted gangsters. However, the relationship between Budesh and the Dawood gang became strained later.

Budesh then sided with Dawood’s enemies in Pakistan and relocated to Bahrain. Officers noted that Budesh was sharing information about the Dawood gang with international police agencies.

This is why Dawood had asked Chhota Shakeel to get rid of Budesh. Afterwards, Shakeel delegated this responsibility to Fahim Machmach, who in turn assigned the contract to Sheikh.

This may be noted that extortionist Fahim Ahmed Sharif alias Fahim Machmach was a close aide of fugitive underworld don Dawood Ibrahim. He died in Pakistan’s Karachi due to COVID-19-related complications earlier this year