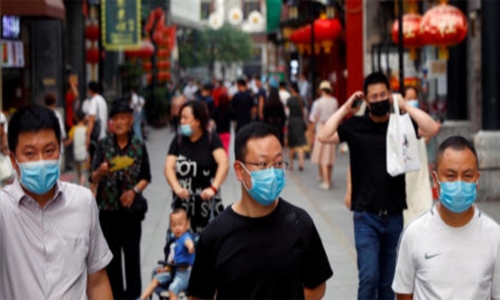 By ANWAR HABIBULLAH, THE AMBASSADOR OF CHINA TO BAHRAIN

At present, the COVID-19 epidemic is still raging around the world, and it is still the primary task of the international community to overcome the epidemic as soon as possible and recover economic and social development.

However, at the critical moment of the global fight against the once-in-a-century pandemic, there is a political virus that is always hovering over human society like a dark cloud.

The United States, out of its own interests, neglected the international consensus of fighting against COVID-19 corporately and scientifically, using the epidemic as a tool of its political manipulation and trying to politicize the epidemic and stigmatize the virus.

The US intelligence community has recently compiled a so-called report on the origins of COVID-19. It is a mendacious report made up for political purposes.

This behaviour is really “beyond remedy”. In fact, since the outbreak of the COVID-19 epidemic, China has always followed the principles of openness, transparency, and responsibility to introduce the virus information to the world, share the genome sequence of the virus, and carry out anti-epidemic cooperation at the earliest possible time.

On 27 December 2019, the first suspicious case was reported to local authorities in Wuhan. On 30 December, the local government issued an emergency notice on the treatment of pneumonia of unknown origins. On 31 December, China reported the relevant situation to the WHO.

On 3 January 2020, the Chinese side began to report the epidemic information to the WHO and other relevant countries including the United States on a regular basis.

Especially at the beginning of this year, internationally leading experts from 10 countries including the United States, Britain, Japan and Australia, formed a joint team with China’s authoritative expert group and conducted 28-day joint research in China.

The experts went to every place they asked to see and met everyone they wanted to meet. The team reached the scientific conclusion that “a laboratory leak is extremely unlikely”, and proposed “searching for possible early cases on a global scale”, “research the possibility of cold chain transmission of virus” and other important suggestion.

The above conclusions are clearly and fully embodied in the WHO-convened global study of origins of SARS-CoV-2: China Part, which was jointly released by WHO-China in March this year.

America’s perverse actions stem from its sinister intention to suppress and contain China regardless of the consequences, from its consistent hegemonism and power politics habit of “starting from a position of strength”, from its customary trick that the US frequently rejects blame by passing on crises, like grafting flowers on a tree, to solve domestic problems.

This behaviour of replacing the public with selfishness and damaging public interests with selfishness will inevitably be opposed by the people of the world. More than 300 political parties, social organizations and think tanks in more than 100 countries and regions submitted a joint statement to the WHO Secretariat, resolutely opposing the politicization of COVID-19 origins tracing issues.

In this unprecedented human fight against COVID-19, China, like most countries, insists on the principles of people first and life first, and persists in promoting the spirit of science, upholding scientific attitude, and following the laws of science. As a responsible major country, China has carried out large scale global humanitarian operations.

Notwithstanding the limited production capacity and enormous demand at home, China has honoured its commitment by providing free vaccines to more than 80 developing countries in urgent need and exporting vaccines to 43 countries.

We have provided 2 billion US dollars in assistance for the COVID-19 response and economic and social recovery in developing countries hit by the pandemic.

We have sent medical supplies to more than 150 countries and 13 international organizations, providing more than 280 billion masks, 3.4 billion protective suits and 4 billion testing kits to the world. At the same time, China has carried out extensive and in-depth anti-epidemic cooperation with other countries in the world. China-Bahrain anti-epidemic cooperation is an outstanding example of this.

The Bahraini government took the lead in approving the registration of the Chinese Sinopharm vaccine. The cooperation between the two countries will not only help China and Bahrain fight against the epidemic but also play a positive role in vaccine research as well as the anti-epidemic cooperation in other countries.

The politicization of scientific issues not only seriously violates the basic principle of international relations, but it will also be a major disaster for mankind to fight against COVID-19, which challenges the basic conscience and international justice.

I hope that certain countries such as the United States will not arbitrarily go further and further down the wrong path. Only by uniting and adhering to a scientific and prudential attitude can all countries in the world overcome the epidemic as soon as possible and move towards new development. 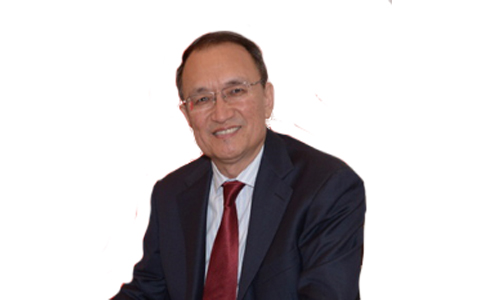 ANWAR HABIBULLAH, THE AMBASSADOR OF CHINA TO BAHRAIN