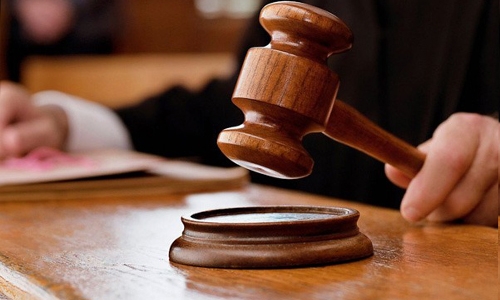 A Bahraini court yesterday turned down an appeal filed against a verdict issued in a Traffic in women and forced prostitution case. Four suspects, all Asians by nationality, were found guilty of forcing a woman, a Thailand national, into prostitution. A trial court awarded the suspects five years in prison and deportation after serving the prison terms.

Following this, an appeal against the verdict at the High Appeals Court was filed, which the court rejected yesterday.

The court files say the suspects trapped the woman by placing an advertisement in a Thailand-based publication seeking waitresses for a restaurant. Unsuspecting the foul play, the woman applied for the post and got selected for an interview.

The suspects, following a discussion, sent her air tickets and a Bahraini work permit. “They told me to pay BD1,300 towards expenses, which they said would deduct from my monthly salary,” the victim told the court. “I accepted the offer, and a woman (the first defendant) welcomed me at the airport.”

She escorted me into a building, where I met another woman (the second defendant), who took my passport. “She told me that I should work as a prostitute,” the victim told prosecutors.

Investigators told the court that the woman was locked up in the building, and police freed her following a raid. The raid followed a tip-off received from the Thai Embassy in the Kingdom.