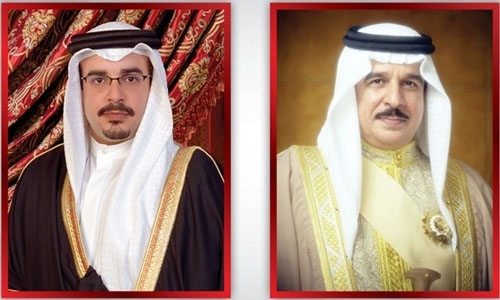 Strengthening freedoms and right to information in Bahrain

Amendments to provisions of the Law on Press, Printing and Publishing have been referred to the parliament.

The Cabinet in its weekly session chaired by His Royal High- ness Prince Salman bin Hamad Al Khalifa, the Crown Prince and Prime Minister, approved the memorandum presented by the Ministerial Committee for Legal and Legislative Affairs regarding amending provisions of the Law on Press, Printing and Publishing promulgated by Decree-Law 47 of 2002.

The move is in line with the directives of His Majesty King Hamad bin Isa Al Khalifa regarding the issuance of a more comprehensive and advanced law for the press and publishing.

This step is a highly significant response to developments in the media sector and it was taken following consultation with the stakeholders who shared their observations, views and recommendations.

The aim was to contribute to strengthening free expression and to consolidate the organisation of the activities of the media in all its forms in accordance with an advanced legislative vision where rights and protection are enhanced and which keeps pace with digital transformation and the huge communication and information boom in Bahrain.

The amendments give way to licensing and regulating the websites of media companies, including publishing houses and print outlets and online plat- forms; online individual and private accounts and social networks are not covered by the law.

The amendments ensure many rights and civilisational gains, including the emphasis on not imprisoning journalists, which would contribute to enhancing media freedoms.

They also reinforce the potential of media professionals in exercising their duties and disseminating facts freely and with a high sense of awareness, security, independence and impartiality.

In order to protect the rights, values and principles of society, the amendments to the press law emphasise the importance of adhering to professional and ethical standards in the media.

The media should ensure accuracy, credibility, objectivity, transparency, honesty and responsibility in expressing opinion in accordance with the constitution and regional and international rights and media charters.

The media should also adhere to the standard ethics of respecting the rights or reputation of others, protecting national security, public order, public health and public morals, and avoiding advocacy of any form of racial or religious hatred that incites discrimination, enmity, violence and terror.

Amending some provisions of the press and publishing law and referring them to the parliament represent an embodiment of the royal vision to boost responsible media freedoms within a modern democratic climate and an advanced constitutional and legal system.

It also reflects the keenness of the government headed by HRH Prince Salman to consolidate transparency, the right to information, and media openness.

The media can enhance its national role as a partner in preserving the cultural and civilised identity of the nation, and safeguarding its security and stability while enhancing its development and democratic achievements.