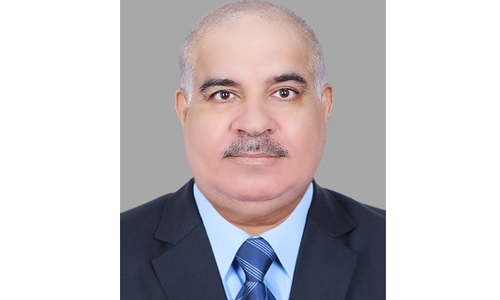 In a letter to the US President Joe Biden the Bahrain Human Rights Watch Society (BHRWS) yesterday urged to exert maximum pressure on Iran to stop activities destabilising countries of the region.

A “large number of citizens and police officers killed due to the activities of Iranian groups.”

“We would like to inform the US administration that we do not wish the scenario of Iraq, Syria, Yemen and Lebanon by the Iranian regime to repeat in Bahrain.”

The letter also charged Iran with supporting militias and terrorism to harm Bahrain.

“Iranian activity threatens the stability and sovereignty of the Kingdom and spreads extremism, terrorism, murder and destruction.”

The letter underlines the need to pressurise the Iranian regime to stop supporting extremism and terrorism, nuclear weapons and missiles development, and activities to destabilise Bahrain and other countries in the region.

Fulad also urges Biden to boost communication with Bahrain, pointing out that “many Bahraini entities and individuals who demand human rights issues and reside outside the Kingdom have contacts with countries that sponsor terrorism and violate human rights, namely Iran.”

Fulad called on the US administration to learn about Bahrain’s rights reality from the independent rights organisations here, cautioning about the Iran sponsored reports.

Engaging in deep communication between the Kingdom and the United States will enhance “efforts in combating terrorism and protecting the security and human rights,” Fulad stressed.

In this regard, the society highlighted the need to involve human rights organisations and the countries of the region in international discussions with Iran on violations against the people, including in Bahrain.

The society also highlighted its interest to work with the new US administration to enhance its services in protecting and servicing human rights in the Kingdom.

The letter affirms that “supporting the rights of non-Persian peoples and their right to self-determination is vital because Ahwazi Arabs, Turkish Azeri, Kurdish, Baluchi, Turkmen and Caspian people in Iran are suffering from the worst violations of the Iranian regime.”