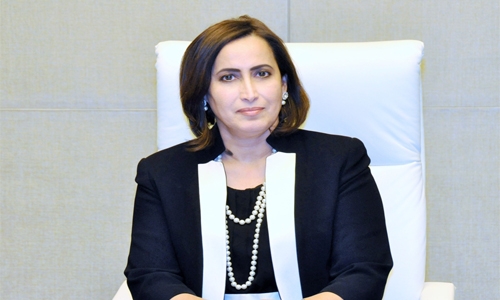 The Regional Network for Social Responsibility has named the Chief Executive Officer of the National Health Regulatory Authority (NHRA), Dr Mariam Adhbi Al-Jalahma, as one of the 100 most influential Arab persons in the field of social responsibility in 2020, according to the Arab professional ranking.

The honouring is in recognition of Dr Al-Jalahma’s key role in promoting the social responsibility culture.

On the occasion, Dr Al-Jalahma asserted that her selection among the top 100 list was the fruitful outcome of the great care of His Majesty King Hamad bin Isa Al Khalifa and the government for the health and medical sector, in general, and their keenness to put in place an environment conducive to distinction and creativity.

She pointed out that HM the King’s directives motivate all health sector affiliates to attain the most prominent achievements and raise the kingdom’s banners at various gatherings.

Let us work together to keep Bahrain safe!