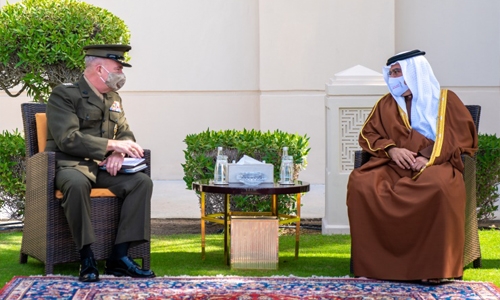 During the meeting, HRH the Crown Prince and Prime Minister stressed that continued defence coordination and collaboration represents a cornerstone of the strategic partnership between Bahrain and the US.

His Royal Highness noted the role of the US in promoting international peace and stability and reiterated Bahrain’s commitment to work with allies such as the US to further strengthen bilateral relations and safeguard regional security.