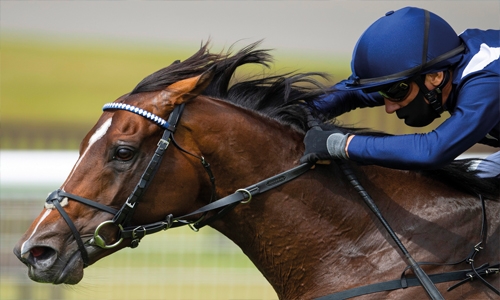 The second edition of the £500,000 Bahrain International Trophy takes place today at Rashid Equestrian and Horseracing Club (REHC), and the trainers of some leading participants have expressed their excitement in the build-up to the mega event.

The race will enjoy worldwide television exposure, and the horseracing world’s eyes will be set on the 14 runners rated 95 or over, battling it out over the race’s 10-furlong distance on turf.

Trainers Andrew Balding, Jack Channon and Thady Gosden were upbeat yesterday as they wrapped up their final preparations for the big day.

Balding is hoping to improve on the sixth-place finish of his horse Pivoine in last year’s inaugural Bahrain International Trophy, with Bangkok for today’s event.

The King Power Racing four-year-old has not been seen on the track since finishing last in the Coral-Eclipse in July.

Balding said: “He had two tough assignments in the UK this year in very strong Group 1s. He actually ran quite well in the Coral-Eclipse and wasn’t beaten far by six very high-class horses. He threw a splint, which is quite a common injury, but less common with older horses like him.

He was very sore, and we had to give him plenty of time, but we’ve been very happy with him since he came back into training. He’s coming here pretty much match fit.”

Balding continued: “This race has been the target ever since we realised that we’d have to sit out the bulk of the summer season at home. We looked at the international options and this looked the most obvious race for him. We were very keen to support the race and I think Bahrain is a fantastic country and it’s wonderful to be involved with a runner here.

“We ran Pivoine here for King Power last year and they were very keen to come back. I’d say Bangkok is probably a cut above Pivoine, but he’ll need to be. The race this year is a lot stronger than it was last year, so I think we’ll have to be at our very best.

“There is an Irish Derby winner, there are Dubai Carnival winners, and there is a Canadian International winner and Deirdre obviously. It is a very strong race and I’m thrilled for the hosts that they’ve got such a good field.

“The fast ground will suit, and the track will hold no fears for him. The key for him is settling early on and a fast-early pace will help.”

Certain Lad is used to running around the world having started the 2020 season out in Meydan. Assistant trainer Channon is very positive about the chances of the four-year-old.

“We’re very happy with him; he’s a very good traveller who takes it all in his stride,” he said. “He’s been very relaxed since he came over and has eaten and trained well since he got off the plane.”

Certain Lad won his penultimate start at York, which lifted him to mark whereby he got into today’s race, and Channon believes he can improve from that run. “You’d have to say his per- formance in the Group 3 Strensall Stakes at York was a career best,” Channon said. “He beat some nice horses that day and we’re hoping he can keep progressing from there. He has had quite a long year because he was racing in Dubai, but we’ve managed to give him good breaks in between his races. He looks to be a horse who is on the upward curve and hopefully he can keep improving and performing. “To win the Bahrain International Trophy would be fantastic. We all know that money talks and it helps to run the business. Chris (Hurst) has been a great supporter of ours and has quite a few horses in training, and to be able to have a go at pots like this can really help people like him stay in the game. It’s very important that we keep these opportunities to ensure owners remain interested.

“Since we’ve been in Bahrain, it’s been absolutely lovely. The locals have been very hospitable, and I couldn’t recommend the country more.”

Global Giant will be representing a very popular winner today, with the horse being owned by His Highness Shaikh Isa bin Salman Al Khalifa. Frankie Dettori will ride him for trainer John Gosden, who finished second with Turgenev in last year’s race at REHC. 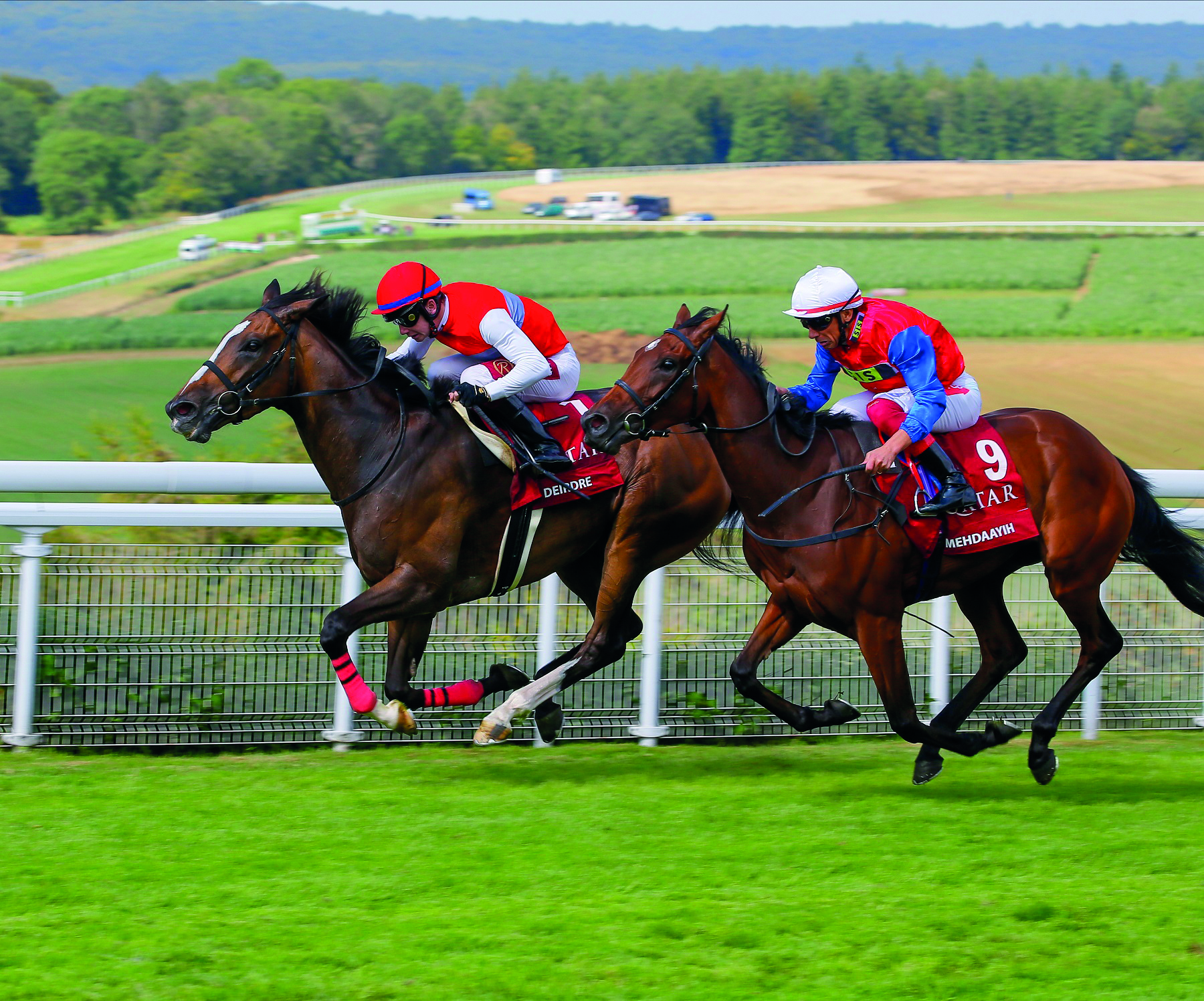 Japanese super mare Deirdre in action in a previous race