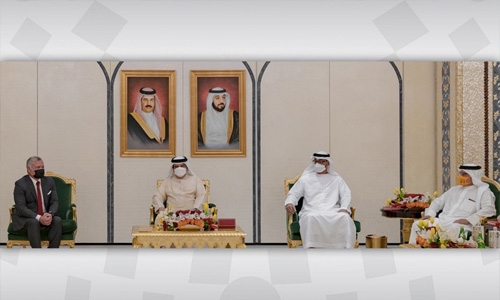 Strengthening relations and boosting regional cooperation were among the major topics discussed during yesterday’s tripartite summit held in Abu Dhabi.

The leaders asserted deep-rooted and strategic fraternal relations between the three countries and discussed ways of bolstering them to achieve common interests.

They also reviewed ways of boosting cooperation and integration in various vital sectors, including the fields of health and food security.

They discussed joint efforts to combat coronavirus pandemic and handle its economic, health and social repercussions.

The leaders underlined the importance of continuous coordination and consultation between the three countries regarding issues of common interest, in order to serve Arab issues. They spotlighted the latest regional and international developments, including the Palestinian issue and the need to achieve a just and comprehensive peace on the basis of the two-state solution.