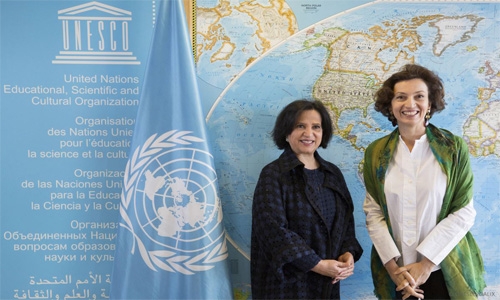 Bahrain’s nomination of Shaikha Mai reflects her numerous achievements in sustainable tourism and in strengthening the relationship between tourism and culture in order to achieve prosperity and development in various countries.

Her proven leadership and managerial abilities, vast experience in cultural matters and international relations, and strong diplomatic and communication skills has made her stand out.

In 2017, and in recognition of her outstanding efforts, UNWTO appointed her Special Ambassador of the International Year of Sustainable Tourism for Development.

Under her guidance of the cultural activities in the Kingdom, Bahrain has achieved several projects that have contributed to stimulating urban development, providing job opportunities, and attracting investors and visitors.

Bahrain invested in cultural infrastructure and made it a tributary for the cultural tourism industry that reflects the current trends of the international community and the United Nations. 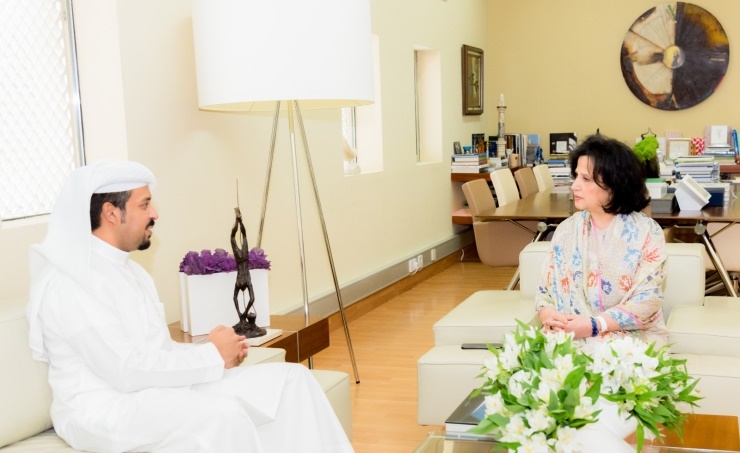 Shaikha Mai’s candidacy for the position of UNTWO secretary general comes as the tourism sector is going through major difficulties caused by the outbreak of the coronavirus (Covid-19) that has left tremendous effects on the aviation and hospitality industry. The UNTWO is expected to lead global efforts for the recovery of the sector.

Shaikha Mai is a pioneering figure in the Arab cultural scene through her work in the fields of culture and arts.

Shaikha Mai is the founder and chairperson of the Board of Trustees of the Shaikh Ibrahim bin Mohammed Al Khalifa Center for Culture and Research, a non-profit and non-governmental center that aims to promote culture and preserve Bahrain’s urban heritage established in 2002.

Motivated by her profound belief in the power of culture and its role in advancing development, and by her strong commitment to protecting and preserving Bahrain’s cultural heritage in all its forms and promoting it locally and internationally, Shaikha Mai is leading national efforts to implement cultural policies and long-term strategies to develop sustainable cultural infrastructure and cultural tourism.

Her clear vision was transformed into reality when she launched the “Investing in Culture” initiative in 2006. 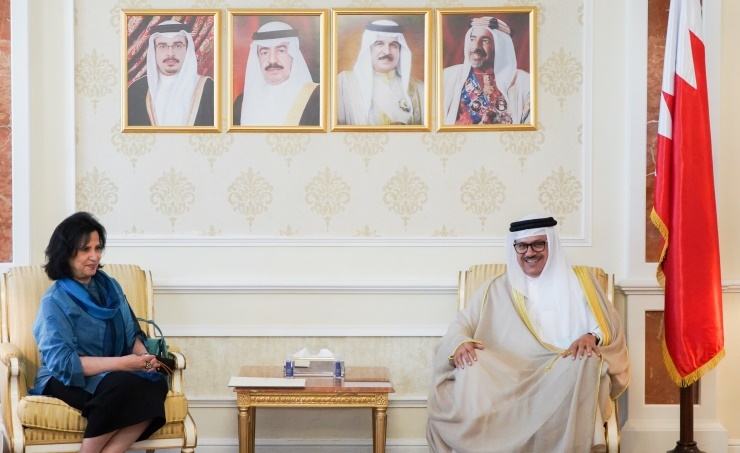 The initiative, unprecedented in the Middle East, contributes to building a partnership between the public and private sectors to invest in cultural projects.

Her vision and leadership transformed the cultural scene in the Kingdom and resulted in the global recognition of Bahrain’s historical and cultural status.

In addition, Bahrain witnessed the establishment of the Arab Regional Center for World

Heritage, a UNESCO Center for the second category, the revival of historical areas in the Kingdom, and the construction of the Bahrain National Theater, several museums and cultural centers.

The comprehensive strategy implemented by the BACA under the supervision of Shaikha Mai has led to Bahrain being widely recognised for its experience in setting up cultural infrastructure.

Shaikha May launched the initiative to celebrate Arab Tourism Day in 2012, which has now become an annual celebration on February 25. In 2019, Bahrain won the Aga Khan Award for Architecture for “Revitalization of Muharraq”.

Initiated as a series of restoration and adaptive reuse sites, the project evolved into a comprehensive programme that aimed to re-balance the city’s demographic makeup by creating public spaces, providing community and cultural venues, and improving the overall environment, the Aga Khan Development Network said.

Eventually known as the “Pearling Path”, it sought to entice local families back through improvements to the environment and the provision of community and cultural venues.