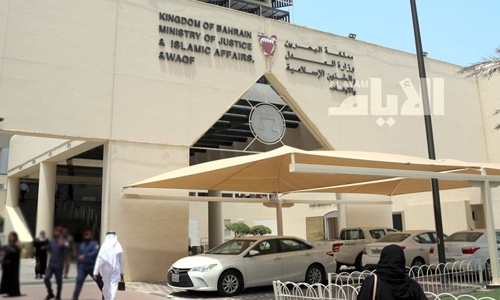 A Bahraini man, who was recently summoned along with a group of individuals for violating the precautionary ban imposed on religious gatherings, tested positive for the coronavirus (COVID-19), it was confirmed yesterday.

According to a statement issued by the Public Prosecution, the man was immediately referred to health isolation, while 20 other suspects who contacted him were referred to the competent health au- thorities to follow the necessary health measures, such as quarantine.

In the statement, Chief Prosecutor Ahmed Al Ghatam said: “The Public Prosecution has received several reports on gatherings for religious purposes, in which large numbers of people participated, in violation of the precautionary measures taken to curb and prevent the spread of the coronavirus, and in violation of the ministerial resolution to prohibit gatherings in public places for the same purpose.”

The Chief Prosecutor confirmed that the man was among 29 individuals summoned by the prosecution for questioning, explaining that his case was confirmed positive during the investigation and adding that the prosecution ordered to detain the suspects who called for the gatherings and organised it.

He added: “Investigations are ongoing in order to identify all organisers and participants in these illegal gatherings and to take legal measures against them in preparation for bringing everyone who is proven to have committed this offence or participated in it in any way to criminal trial.”

DT had reported on Friday that legal measures were taken against an undisclosed number of people for violating coronavirus (COVID-19) precautionary measures related to ‘Arbaeen’ pilgrimage. The Deputy Head of Public Security had previously said actions were taken against “a number of people” for violating the ban on gatherings related to ‘Arbaeen’ or the ‘fortieth day’.

Dubbed the world’s largest annual religious gathering, this year the event is posing formidable health hazards for authorities already struggling with a spike in COVID-19 infections. In a normal year, up to 20 million mostly Shia pilgrims take part in the ‘Arbaeen’ pilgrimage to the holy city of Kerbala to commemorate Imam Hussein, grandson of the Prophet Mohammed, who was slain in bat- tle in 680 by the Muslim Caliph of the day.

This year, with Iraq already recording up to 5,000 new COVID-19 infections daily and a total death toll of nearly 10,000, authorities have barred entry to most foreign pilgrims, including some three million Iranians. But tens of thousands, undeterred by the pandemic, have marched for days from all over Iraq to Kerbala, where yesterday marked the culmination of 40 days of mourning for Hussein.