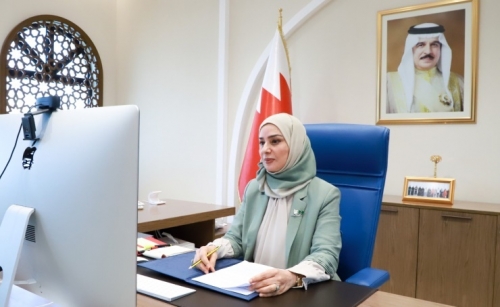 Representatives Council Speaker Fawzia bint Abdullah Zainal stressed that the civilizational approach adopted by the Kingdom of Bahrain in promoting peace, tolerance, and co-existence, under the leadership of HM the King, stems from a deep-rooted national heritage. She was speaking as she met remotely yesterday with a member of the British House of Lords George Robertson.

The Speaker discussed with him issues of common concern, lauding solid strategic relations between Bahrain and the UK. She also praised growing co-operation between the two friendly countries to serve common interests.

She underscored keenness on bolstering parliamentary co-operation with the House of Commons and the House of Lords and coordinating stances in international gatherings. Lord George Robertson praised strong bilateral relations and growing cooperation in various fields. He also lauded comprehensive development in the Kingdom of Bahrain.